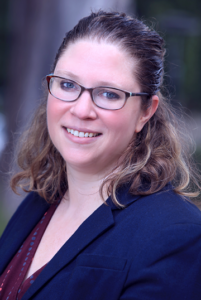 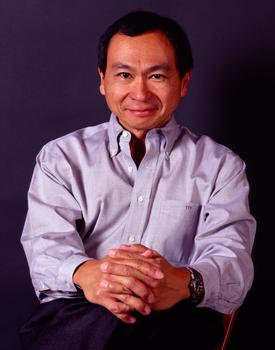 North Korea’s nuclear and missile tests are grabbing headlines and sending shockwaves throughout the world. The Olympics yielded an opportunity for détente, but tensions remain high.

Our guest, Melissa Hanham, will discuss how analysts right here in Monterey gather information about North Korea’s weapons of mass destruction (WMD) programs and make assessments of their true capabilities. Prepare to see satellite imagery and ground photos of North Korea in a whole new light.

Melissa Hanham is a Senior Research Associate at the James Martin Center for Nonproliferation Studies, as well as the Mixed-Methods, Evaluation, Training and Analysis Lab. She studies East Asian security and the proliferation of WMD, with particular focus on North Korean WMD procurement and proliferation networks and China’s nuclear posture. She also studies Chinese, South Korean, and Japanese nuclear exports as well as East and South-east Asian export control systems and proliferation finance activities. Ms. Hanham teaches “Geospatial Tools for Nonproliferation Analysis” at the Middlebury Institute and is a regular contributor to Arms Control Wonk.

Summary of “Worlds Fall Apart: The Implosion of the Middle East”

Russell describes the gradual disintegration of a regional political order of family elites, sustained for a generation by military and security services. Four failed states – Iraq, Libya, Syria, and Yemen – have been plagued for years by violent armed struggles involving outside proxies trying to influence the outcomes. The traditional outside powers exercising dominance in the 20th century are giving way to regional rivalries: Saudi Arabia, Egypt, Turkey, Iran, and the Gulf States. As the Arab Spring fades, all of these are now autocracies dependent on security sector arrangements.

What are the wars about? Struggle for political authority in states previously ruled by authoritarians where dissent was stifled by force and intimidation. There was no way to peacefully settle arguments about individual identity, state identity, relationship of the individual to the state, role of religion in the above matters, and over basic governing authority.

The results? Displaced populations, death and hardship, shattered economies and infrastructure add to the humanitarian catastrophe that will shape the landscape indefinitely. Whatever the eventual outcomes of these tragic conflicts, the Middle East will lag behind in human, economic social and political development.

The Passport is available both in hard copy and online via email. Each month, we print and mail more than 300 paper copies of the Passport. If you currently receive a paper copy, consider switching over to email. You’ll get the same information, but you’ll save some trees, and you’ll never have to worry about misplacing your Passport again. To make the change, just send your email address to wacmb@redshift.com. 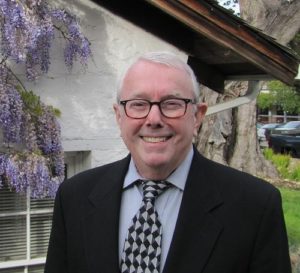 Professor Morgan is the former Dean of the Graduate School of International Policy Studies at MIIS. While a professor of politics, public administration and development throughout his career, he has also worked with The World Bank, USAID, and UNDP on diagnostic studies, technical assistance and training. He has lived and worked extensively in both the French and English-speaking countries of Sub-Saharan Afri-ca, with a long-term commitment to the countries of Southern Africa. Philip Morgan earned his PhD. in Political Science at Syracuse University.

After a short honeymoon, the promise of President Nelson Mandela’s 1990s legacy has suffered many slings and arrows in the intervening twenty years. The remarkably peaceful transition from the minority rule of the apartheid state to open, universal suffrage, competitive elections, and guaranteed human rights was seen as a great achievement the world over and a beacon to the rest of the African continent. However, a combination of global and internal forces challenged the new, liberal government almost immediately upon ratification of a new constitution in 1996.

The ruling African National Congress party has maintained its collective participatory decision making at many levels. It still has legitimacy as the party that delivered majority rule and discouraged ethnic factions from be-coming breakaway parties. But the increasing incidences of unaddressed corruption have been undermining these virtues in recent years. These events have affected confidence in the national economy; growth is barely discernible. The judicial system is robust to this day, but if criminal behavior on the part of people in high places is not prosecuted, the public sees impunity. When this gap is filled it is usually by the media. South Africa has a free press but has been threatened in recent years by the cur-rent government. So the question Professor Morgan will attempt to answer is: “Will South African leadership meet the challenges to democracy?” This is a transition year, national elections occur in 2019.

Professor Morgan is the former Dean of the Graduate School of International Policy Studies at MIIS. While a professor of politics, public administration and development throughout his career, he has also worked with The World Bank, USAID, and UNDP on diagnostic studies, technical assistance and training. He has lived and worked extensively in both the French and English-speaking countries of Sub-Saharan Africa, with a long-term commitment to the countries of Southern Africa. Philip Morgan earned his PhD. in Political Science at Syracuse University.

The World Affairs Council was pleased to host Dr. Jim Hansen, head of the Naval Research Lab (NRL) in Monterey, during our December luncheon. Dr. Hansen spoke on what the NRL and the co-located Fleet Numerical Center do with regard to “Meteorology, Oceanography and National Security.” In a nutshell, Fleet Numerical is in charge of daily forecasting for the US Navy world-wide, while the NRL is the Navy’s “corporate laboratory” concentrating on big picture basic research.

As an example, a warmer future includes numerous outcomes, including more cyclones, so how might the Navy respond? What types of ships and equipment would likely be needed given those changed conditions in the decades ahead?

Dr. Hansen gave numerous examples of the types of problems that researchers at the NRL deal with, including: emergent large dust storms bearing down on the fleet, night time ice flows that can seriously harm ships if not accounted for, tropical cyclones that strike at night and are thus not visible, pirate risk analysis, major drug running patterns and interdiction that the Navy is called on to deal with, and even the proper spacing of submarines for maximum effect and minimum accidents.

Hansen concluded that “science is easy, people are hard.” That is, the NRL’s major task is to make science user friendly, particularly when it comes to uncertainty. There are lots of captains and admirals who have done things a certain way for years and need to be convinced that the NRL’s science often shows a better path forward to solving fleet problems.

Free to the Public

What are the issues that go into discussing cyber security?  What cyber security policies should the United States have in place?

In 2018, the WAC/MPC Discussion Group will go back to our usual scheduling: In 2018: we’ll meet on the 2nd Monday of each month in Social Sciences Room 101 from 4:00-5:30 p.m.  The exception to this 2018 scheduling is the eight-week Great Decisions Series, discussed below.

Some good news on the parking permit front:  MPC is once again allowing me to distribute permits to attendees.