Japan, America, and the New Nationalism 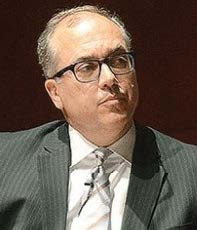 The alliance between the U.S. and Japan has long been the cornerstone of  American security interests in Asia, and is fundamental to regional stability and prosperity.  But while the partnership is based on shared vital interests and values, it now faces major challenges.  How will the administrations of Prime Minister Shinzo Abe and President Donald Trump chart the next phase of the relationship?

Bill Clifford, who was a Tokyo-based journalist for more than a decade, will discuss how recent political, economic, and social trends in our two countries are changing the dynamics of U.S.-Japan relations.  He will highlight how North Korea’s nuclear and cyber threats and China’s growing military might have profoundly affected Japan’s foreign policy.

Bill Clifford is President and CEO of the World Affairs Councils of America (WACA) in Washington, D.C., where he leads our national office and represents its network of more than 90 World Affairs Councils across the United States. In March 2017, he was appointed a nonresident Senior Fellow at the Foreign Policy Institute of Johns Hopkins University’s Paul H. Nitze School of Advanced International Studies (SAIS). He also serves on the editorial board of the SAIS Review.

Registration for the luncheon is now closed.  Audience seating for the lecture only may be available, depending on room capacity, on a first-come-first-served basis.

We welcome the opportunity to participate in the Monterey County Gives! campaign for 2021-2022 in support of our mission to promote the understanding of international affairs and to help us launch a county-wide high school Academic World Quest Competition.  The campaign opens on November 11, 2021.